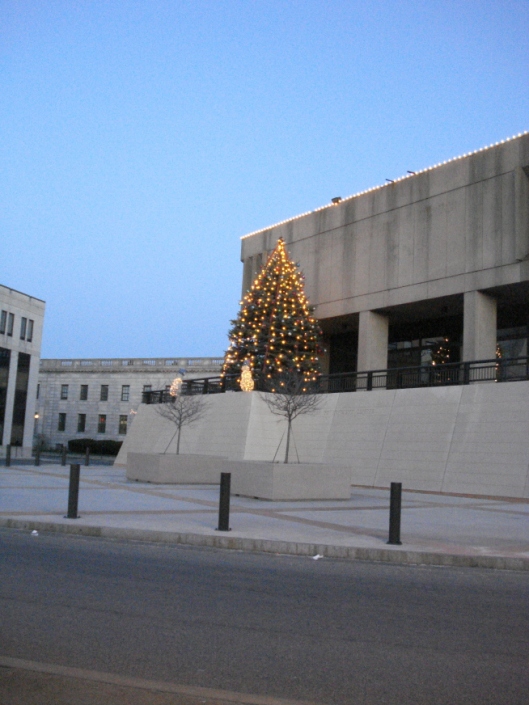 The center, which replaced the old Victorian City Hall, may be one of the few municipal government structures in the country to be situated directly over the top of a major interstate highway- a situation which has caused a few structural maintainance complications over the years. 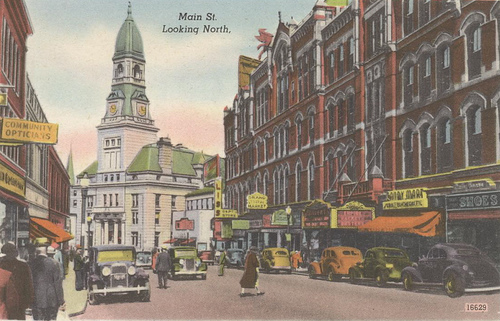 Two of the original front pillars are featured now at the beginning of Old Second Street.