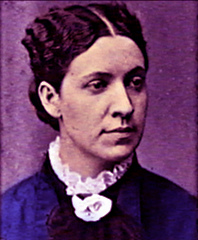 It’s good to know that at least on one occasion Emma Borden spent a little of her inheritance on herself.  Emma’s name is eighth from the bottom of this document (Ancestry.com). She took the White Star line steamer R.M.S. Cymric (shown above) from Boston to Liverpool with a stopover in Queenstown, Ireland (also called Cobh).  She went First Class and apparently without a chaperone.  Scotland was her intended vacation destination, but she would surely have seen plenty of England on the way and at least a good glimpse of the Irish coast in Queenstown on the way to Liverpool. 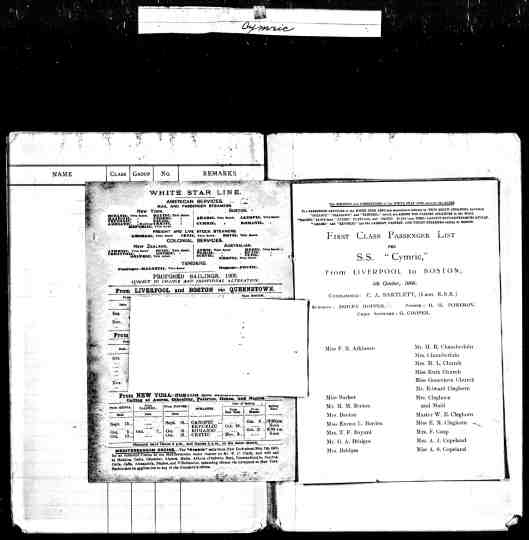 She arrived in June and does not return home via the Cymric until October so it was a visit to rival Lizzie’s 1890 Grand Tour. Maybe those “goings on” at Maplecroft which forced Emma to leave had something to do with this long vacation abroad. Passenger list above.  Click on image for larger view.