It’s been a while since we’ve had an update and many things have fallen into place recently.  The big news, of course, is that Maplecroft has been sold to the owners of the Second Street Bed and Breakfast Museum and will probably be open early this Spring. This is exciting for many who have wanted to see inside Lizzie’s home after the acquittal and the place where she passed away in 1927.

LIZZIE, the upcoming film with Chloe Sevigny and Kristen Stewart was sold at Sundance and is to debut on the big screen sometime this summer.  August 4th would be a good date! There’s a lot to Google about the film including mixed reviews. A good many liberties have been taken with the history of the case but it should find an appreciative audience.

A new Lizzie play is previewing March 1st in Ontario at The Black Door. 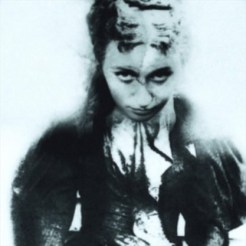 Also in March, the Travel Channel will present a documentary by the British production company ICON which will travel all around Lizzie country: Taunton, Swansea, New Bedford and of course Fall River and the house on Second Street. No air date known at this time. Stay tuned.  Looks like a very Lizzie summer ahead.

1 thought on “What’s new in Lizzieland?”