You may recall that the Borden neighbor to the north, Addie Churchill, on the morning of the murder had just returned from a trip to Hudner’s meat market on South Main St. She would observe Bridget running up and down the driveway and the flurry of excitement near the Borden side door from her kitchen window. Addie called out to Lizzie who replied, “Do come over Mrs. Churchill, someone has killed Father.” The rest we know, but who were the Hudners? They were of Irish descent and had done well in the city of Fall River, by 1892, owning a chain of fine meat and provision markets in the city.  Here is an excerpt about the Hudners. A small sign saying “Hudner” can still be found on the building on Old Second Street. 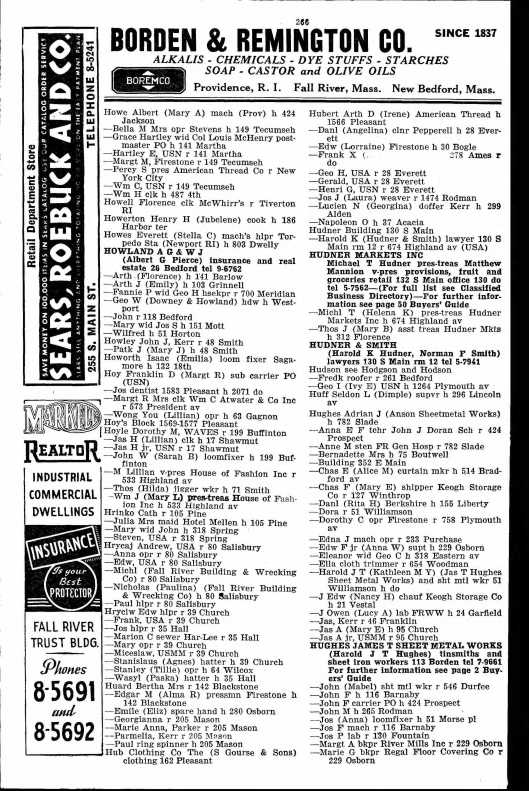